Being the “Right Man” 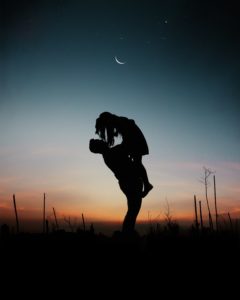 My friend met with 2 of the 17 women authors of the book, “The Breakthrough Effect”. The 17 women authors chronicled their gut-wrenching, actual experiences of physical, emotional, and financial abuse, often starting from their wedding day, and continuing thereafter. The greatest source of abuse, common to most of their stories, was a bad choice of their first husband. One of the common denominators of their “Breakthrough” to overcome their entrapment in an awful life, was their good selection of their second husband, the “Right Man”.

My friend mused about the character traits of the “Right Man”. (My friend’s assessment for women choosing the “Right Man- First” is found in this month’s website: messagesfrommyfriend.com blog post under the Category: “Relationship”.) My friend relied on the sage insights of poets, inspirational leaders, and the Bible to construct the spine of attributes of the “Right Man”.

A good start is with Kipling urging his son, “Being lied about, don’t deal in lies. Or, being hated, don’t give way to hating. Yet, don’t look too good, nor talk too wise.” Equally spot-on, is Emerson’s observation about “Success”: “Success is to laugh often and much. To earn the respect of intelligent people, and the affection of children. And to know, that even one life breathed easier, because you have lived.” That advice is congruent to Christ saying, “Love one another, as I (Christ) have loved you.” (Unconditionally.)

“If you are honest, people may deceive you. Be honest anyway.
If you are kind, people may accuse you of being selfish (manipulative). Be kind anyway.
All the good that you do will be forgotten by others tomorrow. Do good anyway.
What you create, others can destroy. Create anyway.
Because in the end, it’s between you and God.
It was never between you and anyone else. Anyway.”

Equally important, Rick Warren observed, “Life is not about you.” After all, the world, with one exception (you) is made up of others It’s not about the secular culture’s mantra of, “What’s in it for me?” It’s not the push-pull of Wall Street’s greed to satisfy Madison Avenue’s gratuitous wants. Shakespeare smartly identifies the fruits of those poisonous trees, “Lives that strut and fret their hour upon the stage, to be heard no more”, and “Lives full of sound and fury, signifying, nothing.” Sadly, so many succumb to the self-absorbed Secular Culture, waking up so lost, in a place so dark.

The “Right Man” recognizes that he was made “In the image & likeness of God.” And that the Divine became human so that humanity can share in the Divine. Acceptance of that reality allows the Right Man “To do more than what is expected of him”- Patton. It allows him to be “The man in the arena, muddied & bloodied, whether he has won or lost, who is honored, and not the cold, timid soul on the side line, who has tasted neither victory, nor defeat.” – Teddy Roosevelt. So then, “He can watch the truth he’s spoken, twisted by knaves to make a trap for fools. And watch the things he gave his life to broken, yet stoop, and build them up with worn out tools.” – Kipling. That’s the stuff the Right man is made of.

Most important, all of those above traits form the strong spine of the “Right Man” who can encourage his wife “To stand on mountains. To omfort her during stormy seas. To allow her to stand on his shoulders to be all that she can be.” – Josh Groban.

Ultimately, it’s his sharing of God’s Grace flowing through him to his wife, and family & friends, that elevates him to be the “Right Man”: Strong, Productive. Supporting. Loving. So that, “Other lives breathe easier because he lived.”