For a long time, my frien 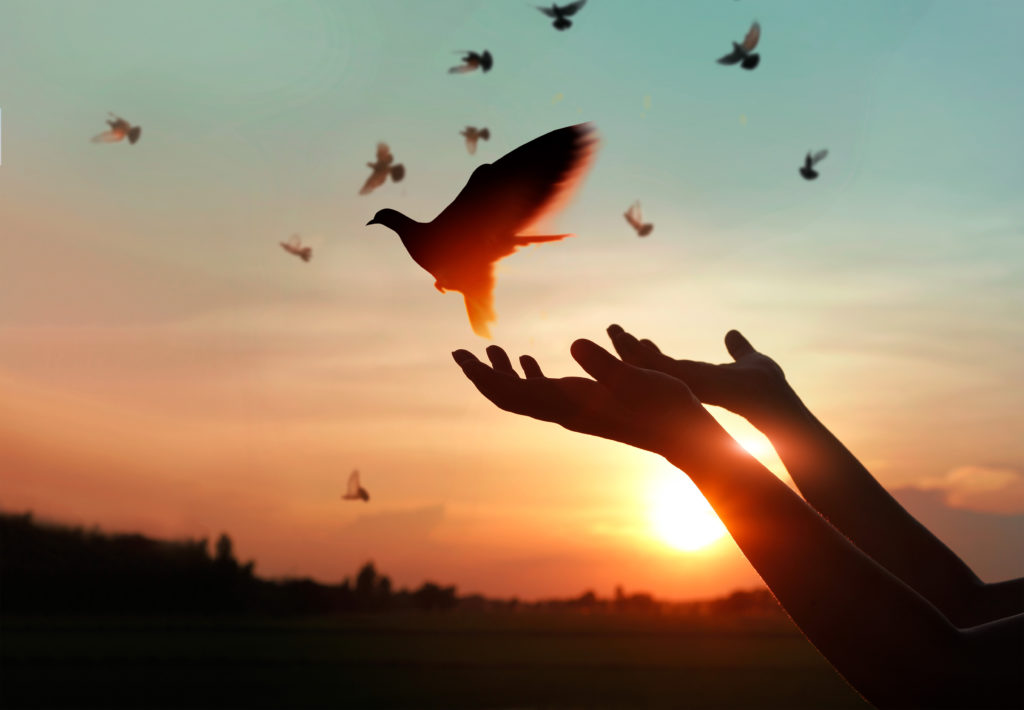 d struggled with the “Our Father’s” conditional forgiveness: “Forgive us our trespasses, as we forgive those who trespass against us.” His struggle is deeply rooted in his brother’s abusive, vindictive hatred towards his parents, himself, family, and friends. For example, his brother threatened to destroy his father’s business when his father was old and sick. His brother attempted to deny his mother’s rightful inheritance when his dad died. The scars from this hatred demanded justice for healing.

His brother’s hatred began with abusive childhood name-calling, and escalated to vindictiveness when he was faced with a severe business problem. His brother called my friend and threatened to kill him (“I will come to your home and shoot you in front of your wife & kids.”) if my friend didn’t lend him $90,000. My friend lent his brother the money. His brother never repaid him. My friend didn’t attempt legal collection out of fear for his family. Their sister, who witnessed her brother’s irrational vindictive hatred her entire life, said, “He’s always responded with rage to the slightest offense, real or imagined.”

So, my friend struggled with the “Our Father’s” conditional forgiveness. His brother’s hatred towards him syphoned forgiveness from my friend’s heart. Bitterness, anger, and revenge filled that vacuum, and layers of indifference calcified his heart. His hardened heart was impervious to Christ’s command, “To love one another as I (Christ) have loved you.” Nothing would quench his hurt. Justice was impossible. Forgiveness, unthinkable.

Over time, my friend learned that the only thing that matters is his relationship with God. As Paul wrote, “I consider everything else so much rubbish”, that I might gain Christ. Christ clearly stated, “It is the Spirit that gives life. The flesh profits nothing.” The tension – between the spirit’s mercy and the human desire for justice – makes forgiveness hard.

To help us, the Holy Spirit whispers that, “God made us in His image and likeness”, and “God loved us so much, that He sent His Son to die for our sins.” From the cross, Christ said, “Father forgive them (false accusers & brutal executioners) for they know not what they do.” My friend saw himself at the foot of the cross with the Romans and Jews, and cried. “My hatred was no different from theirs, or my brother’s”. Then, the rock fell from my friend’s fingers.

The Above YouTube Music Video Expresses the Essence of Forgiveness.

He experienced Christ’s forgiveness, and the presence of God within him – the peace, comfort, and joy of the companionship of God. Nothing else matters, because God is sovereign over all things -accepting that reality changes everything. He now lives and prays as the Psalmist, “As the deer pants for the flowing stream, so my soul thirsts for the Living God.” That relationship requires repentance.

“Forgiveness is the fragrance that the violet sheds on the boot that crushed it.” (Twain):

“From this day forward my friend’s History will Not Control or Determine his Destiny…His Life has just Begun.” – “The Traveler’s Gift”, by Andy Andrews.

Only the tenderness of God’s Grace can break hearts of stone.