Puccini, Pavarotti, and an Autistic Man – All God’s Children 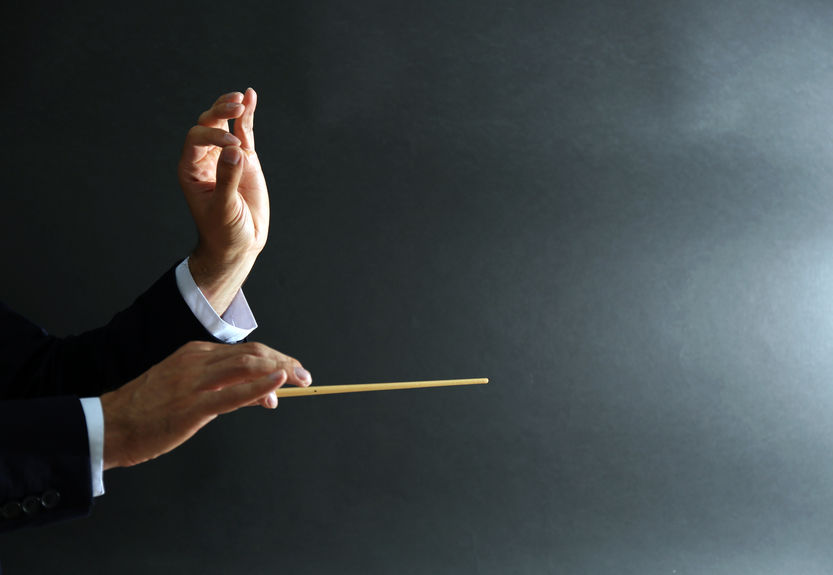 My friend recently received a wonderful gift from his son: A CD & DVD set of the “Original Three Tenors” concert in Rome. My fiend especially enjoys the Grand Finale singing of “Nessun Dorma”. (*That son may have heard that aria played a hundred times while driving on vacations or to soccer games.)

Puccini’s Aria, “Nessun Dorma”, is beyond brilliant. The genius to arrange thousands of notes for violins, cellos, French horns, kettle drums, and the multitude of myriad instruments of a symphony orchestra, in concert with the inspiring sounds from Opera tenor’s vocal cords, to create a harmonious crescendo that stirs the heart of God, is beyond mortal men’s imagination.

More so, on a clear, cool night in Rome, under a thousand stars, with a 100-piece orchestra, the Three Tenors: Pavarotti, Carerras, and Domingo, sang Puccini’s “Nessun Dorma” with the precision of one voice, and the power of a hundred. The end result was a thunderous finale, unlike anything heard before or since. If you listen closely, you can hear God’s applause, midst the standing ovation.

Yet, my fiend found, that equally treasured by God, was watching an adult, autistic man keeping perfect rhythm with his finger, moving up and down, like a symphony’s conductor’s wand, at a Sunday Mass, in a country church. My friend had tears in his eyes as he watched that autistic man, swaying from side to side, while his right, extended, index finger never missed a beat, like a finely timed Swiss metronome.

Within 24 hours, my friend witnessed the gamut of God’s creative genius, from Puccini & Pavarotti to an autistic man, all valued the same by God. From the magnificent magenta of a sunset, the reddening of a rose, to the Swings of Pleaides, the genius of God’s  creative beauty is everywhere, beyond the limits of our imagination.

The Counter-Intuitive Journey to Experiencing the Presence of God – Within 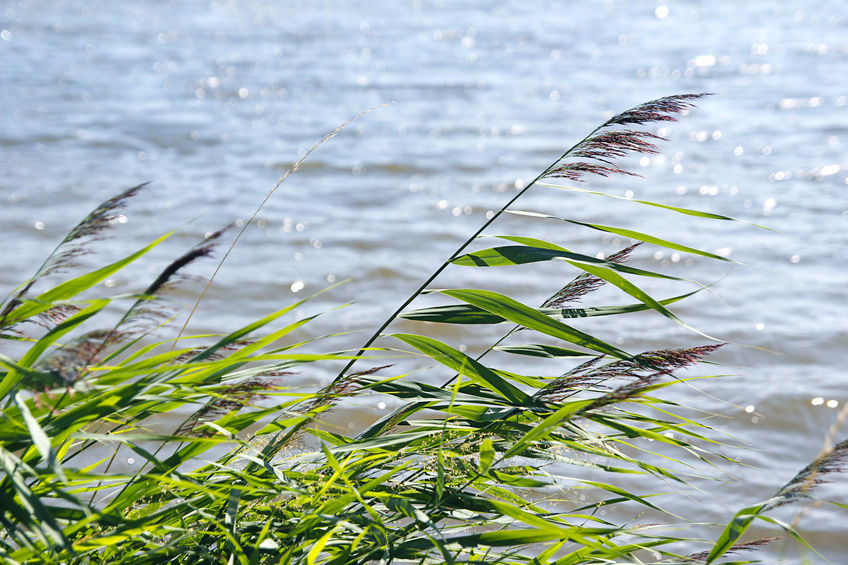 My friend attended a presentation about the “Attributes of God”. One of God’s attributes was: “Eternal”.

Before the group leader began the discussion, one man said, I think that the “Prime Cause” aspect, that “Something” always was that “Created Everything” is more difficult to understand, and equally significant.Ancestry. Com makes a fortune providing people their “Roots”, their beginnings. All living things can be traced to an original source. Einstein discovered the same thing about our Universe.

When Einstein looked at a segment of the sky through the telescope at the Hubble Observatory, he noticed that the universe was expanding at a constant mathematical rate. That meant that the Universe had a beginning which could be calculated by applying that rate backwards through time.The “Big Bang” theory claims that Mass & Energy (which is a constant) had the “Eternal Property” of always existing. Unfortunately, much of “Mass” is made up of carbon, which has a calculated “Half-Life”, which predicts its timely demise, which means that it is not “Eternal”. So, the questions remain: What existed prior to the creation Mass & Energy? What created the Billions of Universes? The plants & animals on earth? Man?Some call the “Being” without a beginning or end – God.

Another group member said, “I occasionally experience the presence of God within me. It’s beyond logic or scriptural passages in the Bible. It’s the “Spirit”: within me reaching out to the “Spirit” outside of me, that created me. That experience conforms to the observation of C. S. Lewis: “You don’t have a soul. You are a soul. You have a body”. My relationship with God is a “Mystical Experience” of my soul (Spirit) experiencing the Peace & Joy of God, the spirit that created me. It’s the existential expression of “Being made in the Image & Likeness of God.”

A different group member interrupted, saying,“That’s all well & good, warm & fuzzy, pious sanctimonious crap. The reality is that I do good things. But I also lie & cheat, am lustful, greedy, and angry at the slightest offense. If someone stuck a needle with “Truth Serum” in your veins, you would confess to the same things.”

That accusation caused someone else to chime in,“You both are right. The definition of a “Paradox” is: “Two apparent contradictions can be simultaneously true.” If you stick a needle with “truth Serum” into my arm, I would say that at times I have experienced the presence of God within me. I have also lied, cheated, was greedy, lustful, angry, and proud. Since Adam, the perfect relationship with God was broken. It was restored by the Redemptive Cross. But Satan exists. “The devil’s boots don’t creek.” So,  our soul suffers the 1,000 cuts of compromise & rationalization, as Satan stirs our Free Will.

The struggle is between “Free Will’s” choice of the peace & joy of the companionship of God, or succumbing to the least common denominator of gratuitous wants that fester in the soft underbelly of our humanity. Life is spent oscillating between the “True North” of the Eternal Verities of the soul, and the “Magnetic North” gravitation to humanity’s gratuitous pleasures, holograms of happiness.

Those remarks stirred additional delineation, by yet another group member.That’s true. But the game changer is Repentance. King David was an adulterer and murderer, yet was called, “A man after God’s own heart”. The distinction was his genuine repentance as expressed in Psalm 51: “Create in me a new, clean heart.” David intuitively knew that “No sin, no matter how vile or frequent, can exceed the forgiveness, of the welcoming embrace, of the outstretched arms, of the Redemptive Cross.” God’s forgiveness is like “The fragrance that the violet sheds on the boot that crushed it.” The infinite Love & Forgiveness of the “Cross” is hard-wired into everyone since conception, since the beginning of Time.

The Above YouTube Music Video Applies to Our Relationship with God, and God’s With Us

Then, a soft, small voice from a frail, old man said, “Over 7 decades, I have experienced all the things mentioned today, Plus One.

In addition to the relationship of the body & soul, referenced by C. S. Lewis, I experienced “A Sanctuary for the Spirit.” This “Sanctuary” is separate from the soul & body. It exists on a metaphysical level in direct connection with the “Spirit” that created it. It’s not contaminated, nor compromised, by all the stuff of this world. It experiences pure communion with the Peace & Joy of the Spirit of God.

All I know, (and I’m not trying to convince anyone of anything) is that the Sanctuary of this “Being of the Spirit”, escapes our language limitations of definition and description. It’s well beyond our logic, theological explanations, or the empirical measurements of Science. In fact, the more that I attempt to describe its essence, the more it fades from my mind’s eye.

I do know that the more I eliminate the dross of my petty, gratuitous, human wants, and eliminate the sanctimonious certainty of my religious denomination du jour, the more my mind opens, my heart softens, and a veil is lifted from my soul, so that the Infinite, Eternal Spirit of God touches the Spirit He created in me. And for a Cosmic Moment, the “Being in my Sanctuary”  is in Communion with God, along with all the other “Spiritual Beings” created by God. I hope that’s what Heaven is like.

Nothing more was said. The men left in silence. My friend left a better man.

My friend attempted to share his experience at the “Spiritual Seminar” with an acquaintance, over coffee at Panera. My friend said that, after considerable reflection over time, the “Spiritual Experience” discussed in the small group required several distinct disciplines:

It requires more than:

The confluence of all those things allows the Sanctuary of the “Being of the Spirit” to be in communion with the Spirit of its Creator, and experience Peace and Joy and Love beyond all human understanding.

Hard to describe. Harder to do. But if you try it, you’ll like it.

“Put a Buck in the Clerk’s Pocket”

Today, the wails of “Depression” are not from the “Homeless”, 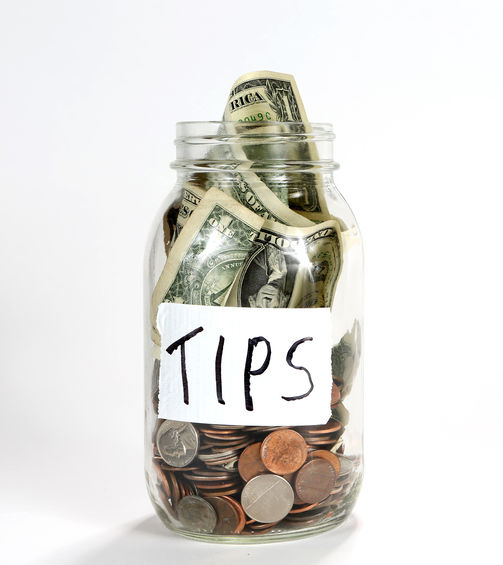 but from the lives of “Quiet Desperation” who are a “Buck” short & a “day-away” from making it. So, they beg, borrow, and steal hoping that things will change, and get better tomorrow.

My friend realized that increasing the “Minimum Wage” for “Fast Food” clerks was in the palm of his hand. The solution is applying the same principle as “Teaching a Child to be Generous”, (like the article my friend wrote for his Church’s Sunday Bulletin):

In this day and age, teaching a child to be generous is against all odds. The Culture’s gratuitous gravitational force of “What’s in it for me?” is buttressed by the social media’s message of “Selfies”.

The relentless bombardment of “personal tweets” reduces the resolve to be concerned about others, to the rubble of Dresden.

Our Culture is defenseless against the push-pull of Madison Avenue wants and Wall Street’s provision to satisfy them.

My friend taught his son about being generous by teaching him about donating. One way to encourage a child’s generosity is to give the child a dollar at the beginning of the Sunday Service. Letting the child hold the buck in his hand from the beginning of the service makes it his/hers. It’s now his/heir’s buck.

A few months ago, my friend left his wallet in the car. His 32-year old son happened to join him for the Sunday Church Service. When the collection basket .was a few pews away, my friend realized that he didn’t have his wallet He left it in the car. He felt a tug on his arm. His son handed him a buck. Their eyes met. Nothing was said.

They both smiled when my friend dropped the buck into the basket.

Likewise, simply giving a “Fast Food” clerk a “Buck in the Pocket” (a $1 tip) every trip through a “Fast Food” drive-thru, will be raising the “Minimum Wage” of that person. If only 6 persons did that an hour, that clerk would be “Earning a Living Wage”. Start raising the minimum wage today. It will make one life breathe easier.

To make the sun come up tomorrow in someone’s Life, put a “Buck in a Clerk’s Pocket”, Today…it’s Priceless.