A Violin Table Side Serenade on Valentine’s Day

My friend told me about arranging a table-side, violin serenade for his wife on Valentine’s Day, 2 decades 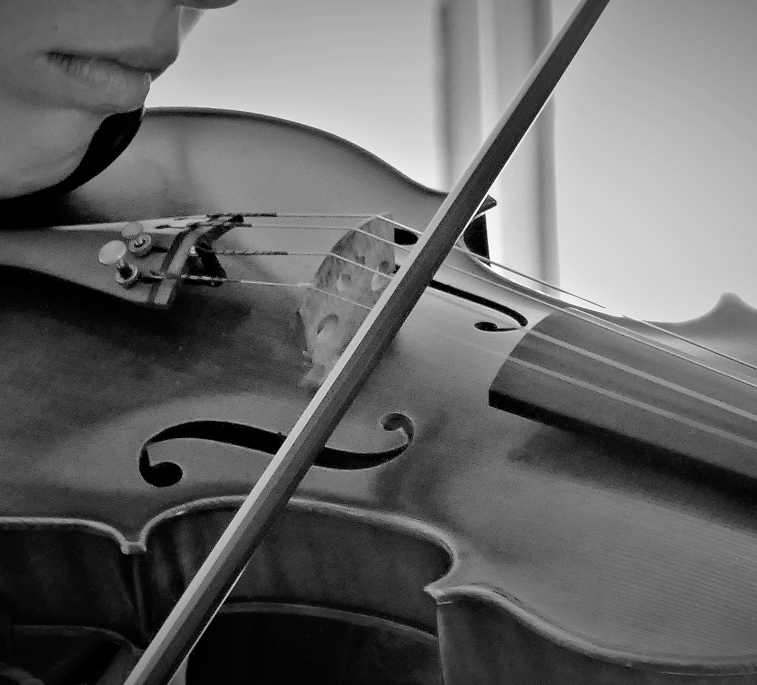 after their wedding day.

He chose one of the finest restaurants in town for dinner. To make it memorable, he arranged for a local violinist to play 3 of his wife’s favorite songs, table-side. My friend needed the restaurant’s owner’s permission for the brief, table-side serenade.

While initially reluctant, the owner agreed to let the violinist play. Only 3 songs were involved, and they were pleasant instrumentals, which wouldn’t disturb nearby patrons. It was a done deal, until the owner asked one last question, “Who was the Violinist?” My friend wouldn’t lie. He said it was a H.S. Senior, 1st Chair Violinist, in the High School Orchestra. My friend assumed that the owner’s exasperated muttering & sputtering meant “NO”!

His suspicion was confirmed when the owner blurted out, “I won’t allow some High School band boy’s squeaking & squawking violin within a hundred yards of my restaurant, much less than within a few feet of my best patrons on Valentine’s Day.” The owner’s tirade continued for a few minutes before simmering down to a low boil. (It was 3:30 in the afternoon, and no customers were in the place.) Only a few employees witnessed the explosion.

When normal color returned to the owner’s cheeks, my friend calmly and politely explained that the H.S. violinist was accepted to Madison University’s prestigious Orchestra, presumably as their 1st Chair. Furthermore, he played in local ensemble orchestras, along side members of the city’s concert orchestra, and was invited to play in Madison City’s Concert Orchestra. While the owner was processing that information, Eureka.

The perfect solution was to allow the H S violinist to play ONE song in the BAR.  The noisy, obnoxious, drunks in the bar would drown out the kid’s squawking violin, and no valuable patrons would be disturbed. The owner was somewhat surprised that my friend accepted the owner’s offer, without rebuttal.

On Valentine’s Day, after my friend and his wife finished a delectable dinner in the main dining room, their waitress escorted them to a booth in the bar. His wife was wondering what was happening, because my friend didn’t tell her about his “Surprise”. A few moments later, the H S violinist arrived. His tailored tuxedo draped his 6” 4’’ frame like regal garments. His handsome face, along with his classic violin, silenced the bar crowd when he began to play.

The Above YouTube Music Video Violin of “The Rose” Captures the Elegance & Grace of that Valentine’s Day’s Unique Performance & Gift.

The pristine, enchanting melodies carried beyond the stunned, silent barroom bozos, into the dining room. Soon, the only sounds heard in the restaurant were coming from the violin. The mood mimicked a European concert hall or sacred cathedral, combined. After a few songs, a waitress from the dining room approached my friend’s booth, clutching a $20 bill in her hand. She begged the violinist to play one song for her customer in the dining room.

With great indignation, the violinist replied, “Tonight, I only play for Jane.”  (Jane is my friend’s wife.) The waitress sheepishly slipped away to return the bribe. The violinist wasn’t for sale. As patrons left, they repeatedly asked the owner, “On what nights will that violinist return to play?”

The violinist continued to play request after request from Jane, from the classical to the contemporary, each with hypnotic beauty. It was a memorable, mesmerizing night.

When my friend confessed the owner’s obstacles to allow the violinist to play,  the H S violinist dismissed the owner’s plea to play on other nights. Jane realized that her Valentine’s Day’s gift was Unique and Priceless. No other wife would ever receive a gift, as valuable.

The above YouTube Music Video provides Poignant Lyrics to “The Rose”, and applicable to the blog post story.

From that day to this, my friend’s wife knows that she is the “Seed far beneath the bitter snow, that in the Spring, with her husband’s Love, becomes The Rose.”