My friend saw the movie ”Gosnell”. He said that it’s not about the abortion debate; not about political persuasion; not about religious beliefs; not about philosophical ideologies. It’s about evil. Pure evil. Specifically, the movie “Gosnell” is about Dr. Gosnell’s depraved indifference toward human life.

The movie didn’t dwell on the debate about the life of a fetus in the womb. It focused on the indisputable healthy human life of a fully functional person. The movie didn’t grapple with the moral issue of the value of a deformed person doomed to a life of pain & suffering. It focused on a vibrant, living “canvas”, upon whom, endless expressions of human possibilities, could have been portrayed, in a variety of spectacular hues. Except, that Dr. Gosnell willfully severed its spinal cord with a scissors, somewhat akin to pruning a shrub. Except that the rest of the shrub will continue to live, and blossom.

Dr. Gosnell was convicted by a jury of his peers of 3 counts of premeditated 1st degree murder. The actual number of beautiful, healthy, defenseless, innocent people murdered by Dr. Gosnell, in cold blood, is in the hundreds, possibly thousands, over a 30-year killing spree. Ironically, Dr. Gosnell pleaded guilty to premeditated, 1st degree murder, to avoid the “Death Penalty”.

Only slightly less heinous than Dr. Gosnell’s depraved indifference for human life (He often fed his turtles between executions) was the cultural indifference of his enablers, who condoned and supported Gosnell’s killing spree:

Like the workers at the clinic, who witnessed bloody surgical instruments lying on top of filthy tables, before being used again by Dr. Gosnell for another “procedure”;

Like a worker who witnessed a recently born, healthy baby, swimming helplessly in a toilet bowl, before Dr. Gosnell got around to cutting her spinal cord;

Like the “Health Inspector” who made only one visit to his clinic in a decade, despite dozens of Client Complaints, and didn’t even issue a “warning”, because she didn’t want to limit abortion options.

Like the District Attorney and Judges, who wouldn’t even investigate or adjudicate cases with empirical evidence of wrongful death well beyond the limits of Laws and Statutes, because it might be construed as a politically unpopular, anti-abortion case.

Like the News Media, that refused to report irrefutable facts about Dr. Gosnell’s heinous activities from numerous, identifiable sources, because they weren’t congruent to the paper’s Editorial position.

None of the referenced murders were abortions, or related to abortion procedures.

They were all Dr. Gosnell’s disregard for Laws, common decency, or a shred of respect for human life. Were it not for the courage of 2 cops,  1 Asst. District Attorney, 2 witnesses, and 1 reporter Dr. Gosnell would still be killing today.

The dramatic contrast between Dr Gosnell and Jesus Christ should give us pause: Dr. Gosnell lived to kill the innocent. Christ died to save the guilty, and give them life. That’s the distinction with a difference between Hate and Love, Death and Life. Somehow, some segments of our culture fail to see the distinction between the two.

Perhaps, we should pause & ponder the juxtaposition of the lives of “Gosnell” and Christ. It’s not about Abortion, Politics, Religion, or Ideology. It’s much bigger than that. It’s about Life and Death.

“The only thing necessary for the triumph of evil, is that good men do nothing.’ – Edmund Burke

My friend told me a story about how the value of something changes depending on how it is treated, the intervention of a “Master”, and how people’s perception of value changes accordingly:

“It was battered and scarred, and the Auctioneer thought it was scarcely worth his while to waste much time on the old violin. But he held it up with a smile: What am I bid, good folks he cried, “Who will start bidding for me? “A dollar, a dollar”; then, “Two! Only two? Two dollars, and who will make it three?” “Three dollars once; three dollars, twice; Gone for three.”

But no. From the room far back, a grey-haired man came forward and picked up the bow. Then, wiping the dust from the old violin,  and          tightening the loose strings, he played a melody pure and sweet, as a caroling angel sings. The music ceased, and the auctioneer, with a voice that was quiet and low, said, “What am I bid for the old violin?” And he held it up with the bow. “A thousand dollars, and who will make it     two? Two thousand! And who will make it three? Three thousand once; three thousand twice; And going and gone said he.”

The people cheered, but some of them cried, “We do not quite understand, what changed its worth?  Swift came the reply: “The touch of the Master’s Hand.” And many a man with life out of tune, and battered and scarred with sin, is auctioned cheap to the thoughtless crowd, much like the old violin.

A “mess of pottage”, a glass of wine, a game – and he travels on. He’s “going once”, and “going twice”, he’s going and almost “gone.” But the            Master comes, and the foolish crowd never can quite understand, the worth of a soul and the change that’s wrought, by the touch of the Master’s Hand.”

That story describes the Cosmic Mystery of the intervention of God’s Grace in a man’s life. 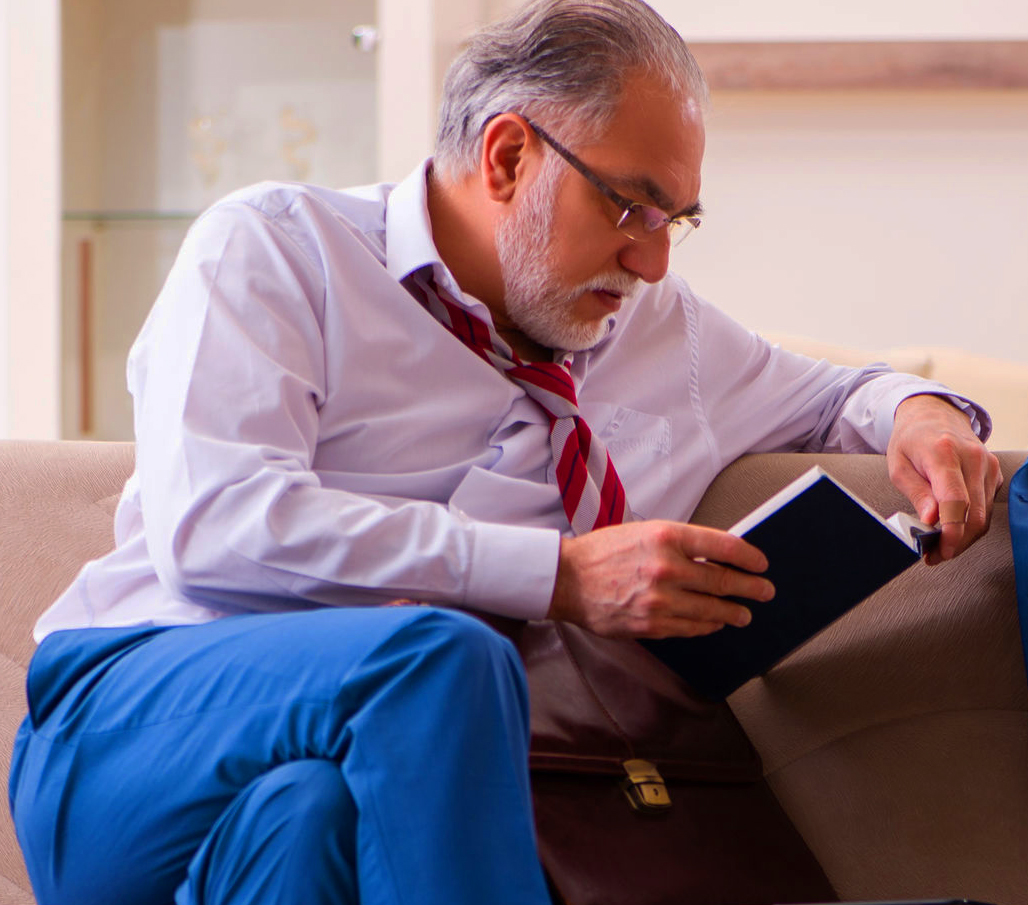 The Book of Joy

My friend attempted to console a relative who lost his daughter to cancer, at the age of 45. She left behind a loving husband and two wonderful children, 8 & 12. She was beautiful, talented, successful, caring, and a host of other superlatives that we wish for our children. She was a mirror image of her parents.

Ironically, her father sent my friend the “Book of Joy” at the onset of his daughter’s struggle with cancer. The copy he sent was underlined, with comments in the margins, stressing that “Joy” does not come from money, possessions, talent or fame. (The father was worth hundreds of millions, had homes on both coasts and in the mountains, furnished with tasteful antiques, along with the best cars, and an airplane.)

All of that stuff could not provide the solace he was seeking about his daughter’s condition.

Both, the Dahli Lama and Archbishop Tutu agreed that “Joy” does not come from fortune or fame, or any other secular stuff. They differed on the answer to “What dreams may come when we shed this mortal coil?”

The Dahli Lama’s answer to the essence of our existence lies within each person. Through contemplation and reincarnation, a person constantly refines himself, approaching, but never achieving perfection. That asymptotical process is based on self-reliance and mental focus.(A process the father practiced all his life

The above YouTube music video describes a self-reliant life that ends, if it doesn’t get desired outcomes.

The father was very intelligent and well educated’ He lived all his life based solely on self-reliance to acheve his goals. There wasn’t much time or room to consider a higher power outside of himself. But now, all his fortune, status, influence, and solutions, were worthless. (His wife confided that all he does is sit in a chair, and cry.) So, he doubted the value of his congruity to the Dahli Lama’s philosophy.

Archbishop Desmond Tutu provided an expanded Christian response, based on C. S. Lewis’ observation: “We don’t have a soul. We are a soul. We have a body.”

The Redemptive Cross insured that everyone’s soul will enjoy the companionship of God: Peace & Joy, forever – “No more death, nor pain, nor tears.” God’s unilateral, unconditional mercy, love, and forgiveness was spoken by Christ, from the Cross: “Father forgive them (His Jewish accusers and Roman executioners), for they know not what they do.” My friend thought that the father sent him the book to confirm those facts.

So, my friend sent a reassuring letter that all God’s children are the beneficiaries of God’s unconditional love. All enjoy the Forgiveness, of the welcoming embrace, of the outstretched arms, of the Redemptive Cross, equally. If his daughter believed that the above statements are true. Then, his daughter will experience the Majestic Creator’s Power & Wisdom, the Loving Redeemer’s Mercy & Love, and the Holy Spirit’s Peace & Joy, forever.

So, we do not say “Good-Bye”, but merely “Auf Wiedersehen” – for all who believe in God will meet again.

My friend received a thank you note from the father, after my friend sent “Reflections at Time of Passing”, in response to the “The Book of Joy”.

My friend’s letter to the Editor of the local newspaper was printed the Sunday after Thanksgiving, 2016.  It was in response to the paper’s Editorial about President Roosevelt’s proclamation of “Thanksgiving Day”, referencing Presidents Washington’s and Lincoln’s gratitude for God’s blessings on America.

My friend read President Roosevelt’s Proclamation to his family as they sat down to their Thanksgiving Day dinner. Each family member was experiencing something different, from medical & physical challenges to athletic achievement, from job loss to career advancement, from a sparse apartment to a large home. Yet, each was grateful for God’s blessings, because each understood the random, defenseless occurrence of the slings & arrows of outrageous fortunes, to whom no one is immune.

That George Washington, presiding over a nation wobbling on the newborn legs of Freedom and Democracy, would proclaim for Americans to thank God for their blessings, midst the political turmoil of an uncertain future?

That Abraham Lincoln, presiding over a nation torn-in-two by those not believing that ALL men are created equal, would proclaim for all citizens to thank “Our beneficent Father who dwelleth in the heavens”, for their blessings, midst the harvest of war’s carnage, on once pristine farm fields?

That Franklin D. Roosevelt, presiding over a nation crushed by economic depression, would proclaim for citizens to thank God for their blessings, midst the brutal poverty of the jobless, homeless, and starving? Roosevelt would remind citizens that “Americans have thanked God for their blessings. In our deepest natures, in our very souls, we turn to God in times of trouble and in times of happiness.”

That from those days (at almost 70-year intervals) to this day (almost 70 years later) our culture dragged God from our marketplace and homes, to worship at the altar of door-buster gizmos & gadgets, to give thanks for self-indulgent stuff, to satisfy our wants.

Perhaps, Washington, Lincoln, & Roosevelt would not be “Thankful” for what America has become?

Perhaps, they would pray for the return of a genuine Thanksgiving of what we have, instead of what we want?