The Meaning of Wishing: “Merry Christmas”

Christmas is the echo of Eternity touching Time.

The Incarnation of the Son of God into the body of  baby Jesus is the Gift Of Christmas.

The Divine became human, so that humanity could share in the Divine Companionship of Peace, Comfort and Joy.

The above YouTube music video Expresses the Essence of the Gift of the 1st Christmas.

God so loved the world  (and especially the men & women, whom He created in His Image and Likeness) that He sent His only Son (The Personification of Divine Love) to become man, (to suffer & die on the Cross to absolve all men & women from all sin) so that all who believe in Him, shall not perish, but have life everlasting.

The first Christmas is the beginning of that wonderful restoration.

All of that happened because a young, Jewish girl trusted God’s messenger, against all Secular sanctions.

The above YouTube music video Expresses The Essence of Mary’s role in the birth of Christ in our lives.

All of that is said & shared, when we wish someone:

Similarities between The Poem “If” & Biblical References

If you can keep your head when all about you are losing theirs and blaming it on you.

If you can trust yourself when all men doubt you, but make allowance for their doubting too.

If you can wait and not be tired by waiting, or being lied about, don’t deal in lies.

Or being hated, don’t give way to hating, and yet don’t look too good, nor talk too wise.

If you can meet with Triumph and Disaster, and treat those two imposters just the same.

If you can bear to hear the truth you’ve spoken, twisted by knaves to make a trap for fools.

Or watch the things you’ve given your life to, broken, yet stoop and build ‘em up with worn out tools.

If you can make one heap of all your winnings, and risk it on one turn of pitch-and-toss,

and lose, and start again at your beginnings, and never breathe a word about your loss.

If you can force your heart and nerve and sinew to serve your turn long after they are gone,

and so hold on when there is nothing in you, except the will which says to them: “Hold on!”

If you can walk with crowds and keep your virtue, or walk with Kings – nor lose the common touch.

If neither foes nor loving friends can hurt you. If all men count with you, but none too much.

If you can fill the unforgiving minute with sixty seconds worth of distance run,

Yours is the Earth and everything that’s in it, and – which is more – you’ll be a man, my son.

How odd. The Secular Culture reveres Kipling’s insights, but ridicules the Bible’s wisdom as foolish & silly.

Accept them. Enjoy them. Live them. The Experience is Priceless.

The Combination of Majestic Music, with Poignant Pictures, and Insightful Poetry & Prose

connects The Sanctuary of our Soul to the Bosom of God. 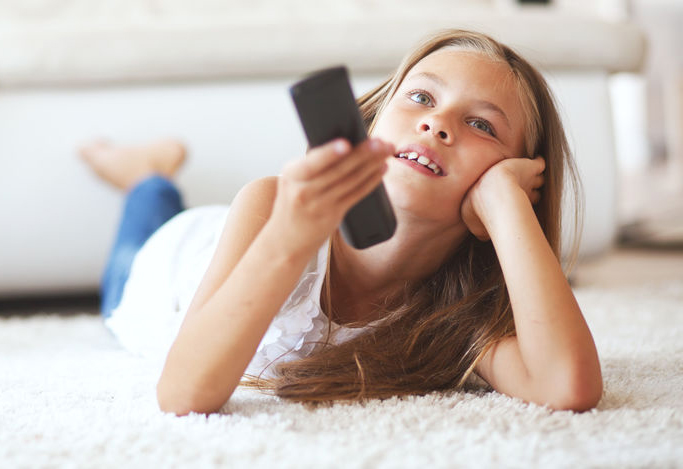 My friend recently learned that some Pop Star mothers were banning their daughters from watching classic Disney movies like: “Snow White”, “Cinderella”, etc. These Pop Star mothers were abhorred that these Disney films promoted sexual assault of women (A prince kissing “Sleeping Beauty”, without her prior permission) or the denigration of women in Cinderella (women as weak & subservient to men, as expressed in the song “Someday My Prince Will Come”)

Those Pop Star sentiments were quickly endorsed by the METOO# Movement. What Nonsense.

My friend wrote to his adult children, to explain to their children (who love those Classic Disney films) the following:

The essence expressed in the above YouTube music video is beyond the imagination of the sick, twisted minds of Pop Culture Women.

The referenced Disney movies are “FANTASY”. They express Love & Respect to the extreme. There’s no hint of assault or disrespect. That’s why generations of people around the world revered those Disney Movies, for decades. They express the Best of what we can be. They are poignant and profound examples for children and adults, alike, to emulate. They helped parents raise children with a moral compass aimed toward truth and beauty.  “For as the twig is bent (with respect & honor), so grows the tree.”

Generations of young girls grew up to be women with expectations to be treated with honor and respect, by men. Generations of young boys grew up to be men with the imperative to treat women with honor and respect. Those are the threads in the fabric of a kinder and gentler Culture. Those Disney films made the world a better place.

Only a sick, twisted mind could see sexual assault, where only love and respect exist.

Perhaps, those 2 “Pop Stars” don’t know what Live is?

There is no protection from outside “Social Media” sources of information.

It’s better for parents to teach their children about Truth & Beauty and Love & Respect, then for daughters to fear a future of darkness, suspicion and loathing for men, because of what they read in the “Social Media”, or heard in the school bathroom.

The Disney Classics are stories about Love and Truth and Beauty.

Zuzu’s Petals, a Washed-up Starfish, and Making a Difference

A child was walking along a beach when he saw a starfish washed-up on the sand. The child picked-up the starfish and threw it back into the sea. An adult witnessed what the child had done.  He told the child, “There are hundreds of starfish washed-up on this beach. What difference did it make to throw one back into the sea?” The child replied, “It made a difference to that one.”

The child intuitively knew the meaning of Christ’s parable about the Good Shepherd, leaving the flock of 99, to search for the one, lost sheep. The child understood Emerson’s verse about “Success”; “To know, that even one life breathed easier, because you lived.” The child taught the adult the lesson, “Not to forsake the good, in search of the perfect.”

In this complex world of Global Economy, diverse constituencies, and absence of shared values, it seems impossible for one person to make a difference. Yet, “Zu Zu’s Petals” prove otherwise.

The Above YouTube Music Video captures the Essence of this Blog Post to Make “Even One Life Breathe Easier”.

My friend was having a delectable cup of Hazelnut coffee at Panera with a mutual friend. Toward the end of their discussion that morning, our mutual friend made a startling admission. He wondered if his life had any value, any meaning.

He reminded my friend of the character, George Baily, in the movie, “It’s a Wonderful life.” The George Bailey character was overwhelmed by personal financial problems and mused if it would be better that he were never born. After seeing what life would be like in his absence, Gorge “wanted to live again”.

Finding “Zuzu’s Petals” in his pocket assured George that he was alive again, making other lives better.

Our mutual friend’s wife was suffering from a combination of mental and emotional issues. She demanded 24/7 attention from her husband. He was with her constantly, at home, on trips, everywhere. On those brief respites when he was gone over an hour, she would call him every ten minutes. He had no rest.

Other lives were truly transformed by our mutual friend’s love and devotion. They modeled his sincere attitude and acceptance. And those other transformed lives made other lives breathe easier. The value of his positive “Pay-It-Forward” paradigm (sharing his life, asking nothing in return) was incalculable.

To capture the essence of the moment, my friend tore off the corners of some paper table napkins. He handed these small paper fragments to our mutual friend saying, “These are your “Zuzu’s Petals”. Put them in your wallet. Whenever you are questioning the value of your life again, open your wallet, and pull out your “Zuzu’s Petals”. Look at them. Think of all the lives that breathe easier because you lived.”

The character, Jean Val Jean, in the book-movie-musical “Les Misérables”, kept the silver candlesticks given to him by the kind, forgiving Bishop Myrielk, as his reminder of the life-changing love and forgiveness given to him, to be shared with others.

“Zuzu’s Petals”, torn napkin corners, or silver candlesticks are reminders of the child on the beach, throwing a washed-up star fish back into the sea: Each person’s suingular act of kindness makes a difference to someone.

SUCCESS: “To know that even One Life breathes easier because you have lived.” – Emerson