A Family’s Enduring Friendship with a Stranger 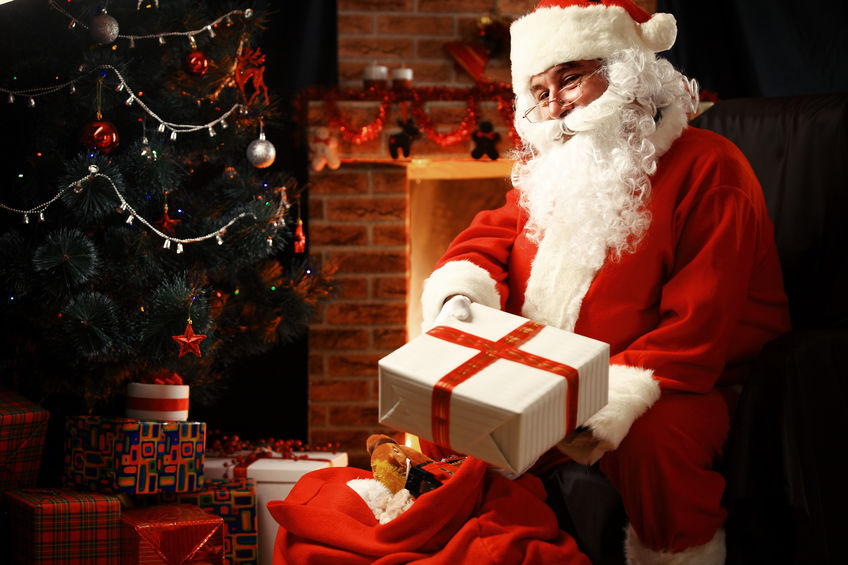 Forty years ago, my friend got a phone call from a stranger about a week before Christmas. The stranger said that he played “Santa” for my friend’s next-door neighbor’s kids. Her kids had grown, and there is no need for “Santa” anymore. She thought that your kids might like “Santa” to visit them on Christmas Eve.My friend replied that he wanted to check with his neighbor, and then call him back.

The neighbor said that he was a phenomenal “Santa”. He would call a few days before Christmas, and ask about things for a “Naughty & Nice” list. Things that the kids thought no one knew about. He also asked that one gift for each person would be put into a large, plastic, garbage bag, which would be placed outside, behind the shrubs, near the front door. He would put that bag inside his white cloth Santa sack of gifts. Her kids loved him.

When my friend called “Santa” back, he was given the same set of instructions. My friend asked what he charged for doing this. “Santa” replied, “Nothing”. He explained that his wife had died, and his children were grown and gone. He just wanted to make one family happy at Christmas. My friend asked, “But what about celebrating Christmas with your other relatives and friends?” “Santa” said that he was Jewish.

My friend said, “Please come”, and thanked him profusely. When the door-bell rang on Christmas Eve, there stood in the doorway a Magnificent, Jolly, “Santa” bellowing, “Ho. Ho. Ho. Merry Christmas”, as he walked into their home with a large, white sack on his back. (He made the Santa in the “Miracle on 34th Street” look like an imposter.) Time stood still for a moment. Then, everyone excitedly welcomed “Santa’ into their Living Room. My friend gestured for “Santa” to sit in in the large, comfortable wing-chair, by the grandfather clock. The excitement in the room was palpable.

Dad was first to sit on “Santa’s” lap. The kids squealed in delight when “Santa” told dad about a “Naughty” thing he did last year. When “Santa said that dad was nice most of the time, his wife laughed a bit too loud. “Santa” gave dad a gift that he said he always wanted. And so it went throughout the evening – laughs & smiles – gifts & gratitude – hugs & kisses. It was a Christmas Eve like no other. When the sack was empty, “Santa” stood, and said, “Ho. Ho. Ho. Merry Christmas” as he walked to the door. (My friend handed “Santa” an envelope with a “Gift” for whomever “Santa” chose.) Their eyes met. Nothing was said. But both men parted with lighter hearts.

Year after year, as the family grew with 2 more children, “Santa” was always spot-ion with his “Naughty & Nice” list, much to the delight of everyone, but the person on “Santa’s” lap. Until the phone rang a month before Christmas, and “Santa” told my friend that his company transferred him to a city 1,000 miles away. “Santa” couldn’t come to his home that Christmas Eve, or ever again. The silence seemed like an eternity before my friend said, “You brought more joy to our home than you can imagine. You are a kind & loving man. I hope my children grow up to become like you. God Bless.” There were several sobs, before the phone “clicked”.

The mood at the family dinner table that night was like a friend had died. “Santa” was a stranger. No one ever saw his “real” face. No one even knew his name. Yet, every Christmas Eve, “Santa” brought a “Gift of Love” to the family that couldn’t fit into his large, white, cloth sack. Every Christmas Eve since something was missing.

The above YouTube music video expresses my friend’s family “Dream” for seeing “Santa”, one more time.

One Autumn day, my friend was walking through a restaurant, when he heard someone call out his name. He turned, but didn’t recognize anyone. “It’s me. Santa.” It was the first time that my friend saw “Santa’s” real face. They talked for a while, catching up on what happened since “Santa” left. Then my friend asked if “Santa” could come to his home for Christmas Eve. There was an awkward silence. My friend continued, “My wife’s mother had immensely enjoyed “Santa’s” visits. However, her health was failing after her 2nd heart valve replacement. This might be her last Christmas. “Santa” nodded that he would come. He would need the usual information about everyone there.

My friend’s wife couldn’t contain herself. She was like a giddy school girl. Her mother shared her glee. They both got on the phone Her mother inviting her sons. His wife inviting neighbors from previous Christmas Eves. The list of “Naughty & Nice” would boggle Einstein’s mind. When the door bell rang that Christmas Eve, a house-full of family & friends rushed to the front door.

My friend composed himself, and quieted the mob. But, when the front door opened, all hell broke loose. You could barely hear “Santa” say, “Ho. Ho. Ho. Merry Christmas.” My friend’s Mother-in-Law was the first to sit on “Santa’s” lap. There was Nothing “Naughty” for “Santa” to tell her.

The above YouTube music video expresses the Courage & Character of my friend’s Mother-in-law, that Santa acknowledged:

Instead, “Santa” said, “Florence, you are the most remarkable person to ever sit on my lap. Fifteen years ago, you had the courage to survive the experimental “Pig-Valve” replacement heart surgery. Then 5 years ago, you gracefully endured a 2nd heart valve replacement surgery, as the 1st valve was tearing away from your heart. But there’s no need to replace the Loving Devotion that you have for your family in your heart.” I cannot give you a better gift, than you being surrounded by your 3 children, 4 grandchildren, and a roomful of genuine friends who wish you, “Merry Christmas”.

The room erupted with a joyous “Merry Christmas” that rivaled the heavens & shepherds singing at the 1st Christmas in Bethlehem. The Rockefeller Center “Tree Lighting Ceremony” pales in comparison.

It took hours for everyone to sit on “Santa’s” lap. One neighbor had tears rolling down his cheeks when “Santa” told him that because he was a “Scotsman”, he would enjoy playing St. Andrews in the summer. The neighbor was flabbergasted. And so it went for the rest of the night, until “Santa” told everyone their “Naughty & Nice” story, and gave them a gift. They treasured “Santa” more than their gift.

“Santa” kissed my friend’s mother-in-law on the cheek when he left. Her smile spoke volumes of joy. She died a week later. Perhaps, St. Peter was wearing a “Santa” outfit when he welcomed her into heaven.

So, Florence now rests in the palm of God’s hand.