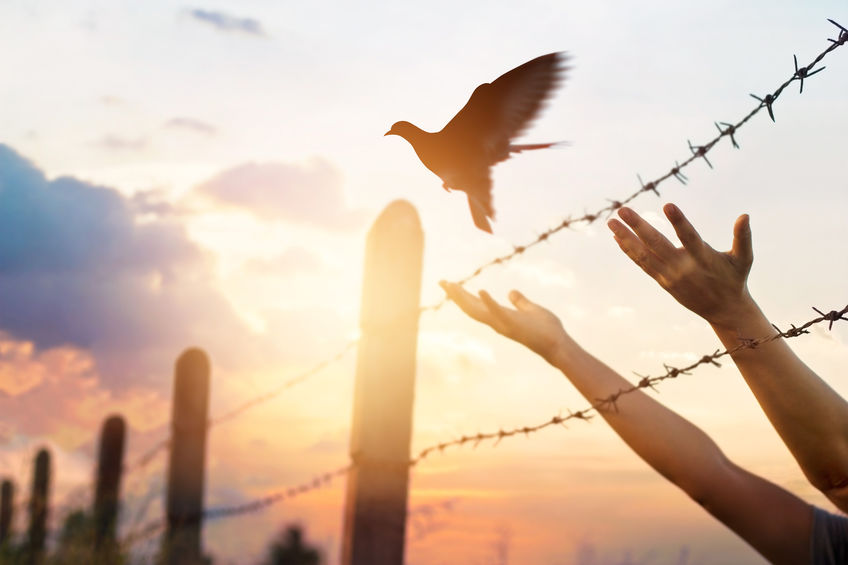 My friend recently watched the movie, “Mr. Roger’s Neighborhood”. He was unprepared for the movie’s story. It was about a cynical magazine writer’s bitter hatred towards his father. The anger was a result of his father’s adulterous philandering while his wife was dying in the hospital.

The son couldn’t reconcile his devotion to his mother with his father’s depraved indifference to his wife. The father never visited his wife in the hospital. The father preferred fornicating with some bimbo, in his wife’s bed, at home. This blatant disregard for sacred Wedding Vows to satisfy some shallow gratuitous pleasure, enraged the son beyond measure. The seething cauldron of the son’s anger & hatred boiled over when the son punched the father in the face, with a closed fist, at his sister’s Wedding.

The son’s bitterness also spilled over onto his wife & child, family members, and work. His editor assigned him to do a story on “Mr. Rodgers”. This story assignment demeaned his career as a “Feature Story” writer. He wasn’t some “Filler Story” scribe. But he made an appointment to interview Mr. Rodgers, and get it over with. Instead of meeting with the writer for an hour in-depth interview, Mr. Rodgers met with him for about 5 minutes at the TV set, in between scenes.

They met for a few minutes during the next several weeks, both men asking each other questions. During the writer’s visits at the set, he began to notice the simple messages of the scenes. Over time, the writer began responding to Mr. Rodger’s gentle nature. Eventually, experiencing, the life-changing moment that, “Forgiveness is the fragrance that the violet sheds on the boot that crushed it.” The writer visited his father.

The writer’s transformation was complete with an entire family reunion at the father’s home, shortly before their father’s death. The magazine editor made the writer’s story the “Featured Article”, with “Cover Page” treatment.

The writer’s life-changing transformation was not the result of sanctimonious preaching. Mr. Rodgers followed St. Francis Assisi’s advice, “Preach the Gospel at all times. Use words when necessary.” The reflection of the presence of Christ’s forgiveness, acceptance, and love within Mr. Rogers was self-evident to others.

A different story about anger was closer to home. It involved my friend’s neighbor. The neighbor’s mother died, which was a blessing. She was suffering at the end. What troubled the entire family was the youngest brother’s disturbance at his mother’s bed-side, in the hospital, the night before she died. It was bitter, pent-up anger unleashed towards all present. Inexplicably, the youngest son attempted to convert his 86-year old mother from her life-long Catholicism to his Baptist religion.

He spewed a self-righteous bed-side conversion rant when his mother’ respectfully refused his effort. The son became belligerent when family members intervened on their mother’s behalf. When told that the funeral would be held in a Catholic Church, the youngest son’s anger erupted into volcanic proportions. He screamed, “You’re all doomed to eternal damnation if you enter that Catholic-Satanic-Temple, then left. Stunned silence remained. Everyone tried to console their mother. She died the next day.

The priest provided a comforting eulogy emphasizing that their mother rests in the palm of God’s hand. And that her relatives should allow the peace of the Holy Spirit to rest in their hearts. He also reminded family members that no sin, no matter how vile or frequent, can exceed the forgiveness, of the welcoming embrace, of the outstretched arms, of the Redemptive Cross.

Perhaps, over time, like the magazine writer, the softness of God’s Grace will break the youngest son’s heart of stone. Then, empathy will replace his anger. Understanding will replace his “Need to be Right”. And Peace will quench his hurt. That’s the Cosmic Mystery of Forgiveness.