Get Me to the Church on Time 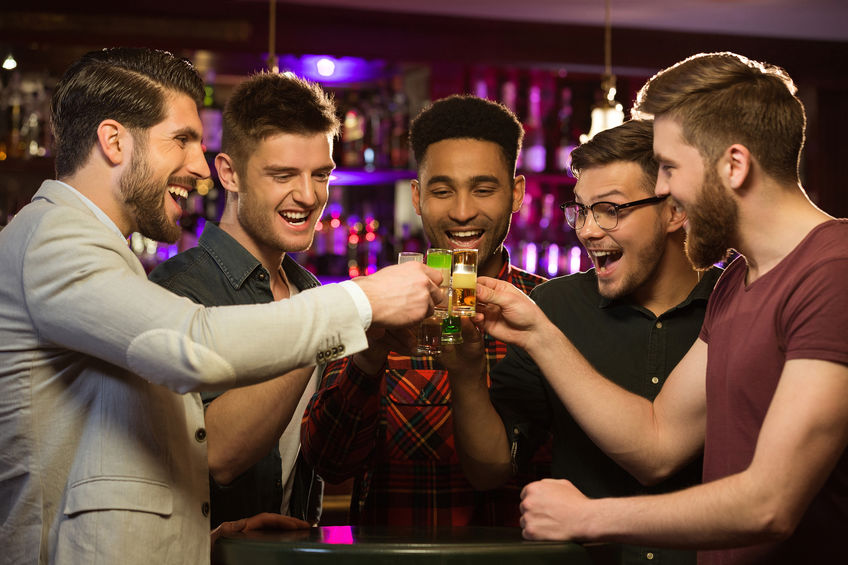 My friend was chosen to be the “Best Man” at his best friend’s wedding.

The future groom insisted on having his Bachelor Party on the night before his Wedding Day, just like in the scene, “Get Me to the Church on Time” in the movie, “My Fair Lady”. (The wedding was in 1971)

No one needed to prove anything to anyone. Everyone was looking forward to an enjoyable evening of dinner & drinks, with some clever conversation. Except the groom. He waited for a while after dinner, and then mentioned that he wanted to visit his favorite college bar. Everyone agreed that it would be a great place to reminisce.

The bar had a small, but faithful clientele. A glass of beer cost 50 cents, a shot of booze – $1 buck, in 1971. Fortunately, my friend had stopped at the bank earlier and had several hundred dollars in his wallet. Everyone knew the owner, Kenny, who was also the bartender. My friend gave Kenny $100 and everyone drank for free. (The groomsmen party doubled the number of customers, when they walked in.) Everybody was having a good time.

Then, “Crazy George”, a groomsman whose name is an understatement, introduced “Amergutes” – A shot of Brandy, with Peppermint Schnapps floated on top. It seemed harmless enough. The sweet, low-proof Peppermint Schnapps deceives the tongue, while the 85-proof Brandy sneaks by, entering the blood going right into the brain. The onslaught of drunkenness is exacerbated by the manner & frequency of drinking “Amergutes”:

Shot-glasses of Brandy, with Peppermint Schnapps, were lined up in front of each groomsmen. Then, each one would pound the bar 3 times in unison, with the palm of their hand, while shouting 1 – 2 – 3, and pour the entire drink down their throat. It would only take Kenny a few minutes to reload the devious concoction in their shot-glasses. The synchronized pounding on the bar would begin, in concert to the screaming of 1 – 2 – 3, heads would tilt back as the sweet “Amergutes” teased the tongue, while the demon booze befuddled the brain.

Soon, the entire bar was drinking “Amergutes”. My friend had given Kenny another $100. “Crazy George” thought it necessary to ignite the alcohol in his shot glass and began drinking “Flaming Gutes”. It was an amazing sight & sound. A few “Flaming Gutes”, like flickering candle light, enticing everyone to pound the bar, chant in unison, tilt their heads back, and down the destruction of many a young man.

It didn’t take long for someone to be standing on the bar, and flapping his arms, like a bird. Others sang the refrain to “Hey Jude”, endlessly. Some played a semblance of Foosball. Everyone burst through the door of the Devil’s Playhouse. Pandemonium reigned. Until, Kenny announced that he was out of booze & beer. A dazed silence of disbelief filled the air.

That sobering news had an immediate debilitating effect on the groomsmen. The stumbling, motley crew couldn’t make it to the cars. My friend was a responsible “Best Man”. He only had 3 drinks all night. My friend literally dragged the Groom, and 2 other guys,  into his car. He then dragged each one from his car into the Groom’s home, dropping them in the foyer.

He went back to the bar for the remaining 3. He found one on the bar floor, one on the sidewalk, and the 3rd slumped over the front seat of his convertible, with the top down, and raindrops falling on his head. My friend dumped those 3 groomsmen on top of the pile of the others in the Groom’s foyer. It was the morning of the Groom’s Wedding Day.

My friend returned to the Groom’s home a few hours later, to get that drunken gaggle of groomsmen sobered-up for the Wedding. He found the Groom & the 5 other groomsmen, still lying in the foyer where he dumped them earlier. My friend managed to get the Groom, and everyone else, “To the Church on Time”.

My friend vowed to himself, never to be part of a “Bachelor Party” like that again, especially for his Own Wedding.

Stay Tuned: For he blog post of My Friend’s Bachelor Party, one year later: “The Best Laid Plans of Mice & Men”