A Daughter’s Wild Ride – Beyond All Odd’s 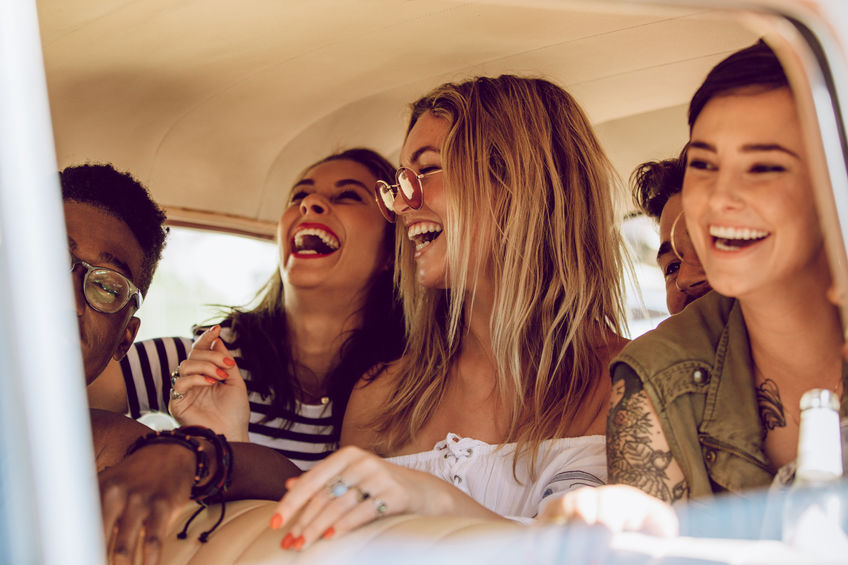 My friend didn’t realize that, that sage management mantra also applies to a father and his family. 33 years ago, my friend experienced first-hand confirmation of that mantra’s wisdom when his daughter got her driver’s license.

His daughter was an exemplary child:

So, my friend didn’t hesitate when his daughter asked to drive the family station wagon to her friend’s house, just a week after she got her driver’s license. A bunch of her friends were planning to see a Music Festival, downtown, at the lakefront, about 20 miles from their suburb.

My friend said, “You can take the car, under One Condition: You can only drive to your friend’s home. You Absolutely Cannot drive the car with any passengers inside. It would be too distracting, especially driving on the expressway. You could get into an accident, and someone could get injured. Just drive the car to & from your friend’s home. Alone.” “Absolutely dad. You can trust me.” she said, as his daughter took the keys and drove off.

Several hours later, my friend’s wife said, “You know. It would be fun to go downtown and see that Music Festival. There are all kinds of bands. Some play that Old-Time, Rock & Roll. Who knows? We might even dance? Let’s go.” So, they got into their car and headed downtown.

The expressway to downtown was busy. My friend was extra cautious as he merged into the speeding traffic. A few moments later, his wife said, “That’s our family station wagon in front of us.” My friend replied, “It can’t be. That car is packed with kids. There’s nothing but elbows & asses pressed against the back window. I clearly told her that she couldn’t drive with any passengers, especially on the expressway.”

His wife simply said, “Look at the license plate. That’s our station wagon.”

The Above YouTube Music Video captures the Essence of the Free Spirit of a Teenage Girl with a car & her 1st Driver’s License.

(There must be a “Special Squad of Guardian Angels” assigned to parents with teenagers.) That’s the Only Rational Explanation for a parent’s car to merge directly behind their daughter’s car, which left hours earlier, while thousands of cars were passing by the ONLY entrance ramp her parents would take to the expressway downtown. The odds of that happening are beyond calculation.

Just then, someone in the station wagon must have told his daughter that her dad was in the car behind her. There was only a nano-second between my friend realizing that it was indeed the family station wagon in front of him, and when his daughter made a very bad decision. She stepped on the gas and sped away.

Her betrayal and reckless decision enraged my friend. All reason left his mind. Only the rage of a wounded animal was pulsating through his body. The “Chase” was on. He punched the gas, and was passing cars left & right. Nascar drivers would’ve flinch. The “Chase Scenes” in the “Blues Brothers” and “French Connection” movies seemed like a “Soap Box Derby” in comparison. My friend’s wife was praying.

Then, the daughter made a desperate escape move: she swerved to the right, across 2 lanes of traffic, onto an exit ramp to a city street. The kids in the station wagon saw her dad’s car speed by the exit ramp. Their collective sigh of relief rivaled a convict’s last minute Governor’s Pardon Call.

Imagine their stunned disbelief, seeing her father, waiting for them across the side-street intersection, where they stopped for a “Red Light”. They could not ignore him, standing in the middle of the street, motioning for them to pull over to the curb. The kids got out of the station wagon as her father approached the car. He looked directly into his daughter’s eyes, and said, “Give me the keys. Lock the doors. Get into the car with your mother. The rest of you can call your parents, or take that Bus to the festival. Have fun.”

Many lessons were learned that day. The Primary Irrefutable one was: “You need to inspect what you expect to happen, to get the desired results, or you will be ignored, and broken-hearted.”