The media did cover the 75th anniversary of D-Day: the coordination of a million men: pilots, sailors, infantry, all necessary to land tens of thousands of men, on the beaches of Normandy, France to begin the defeat of the Nazis. That was Western Civilization’s Finest Hour. It was a day of the sacrifice of thousands of young men lives.

Lives that believed in something greater than themselves: Freedom. Freedom for their wives & children and friends & strangers to experience the Joy of Life, Liberty, and the Pursuit of Happiness. Freedom to express their Faith and their political views, Freedom to live and work, limited only by their God given talents, education, and ambition. Thousands of young men died that day, but not in vain. They sacrificed their lives to give us the Freedom that we enjoy today. 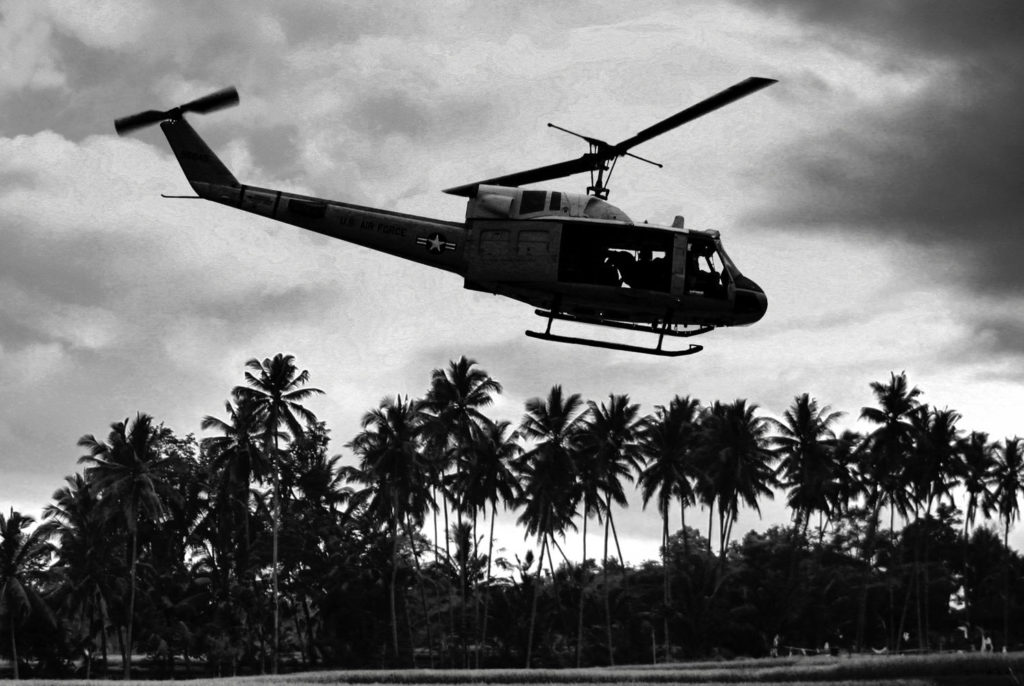 50 years ago, a 19-year-old kid was critically wounded and dying in the jungle in the Ia Drang Valley, 11/14/1965, LZ X-ray, Vietnam. His infantry unit is outnumbered 8 to 1, and the enemy fire was so intense, from 100 to 200 yards away, that his own Infantry Commander had ordered ALL the MediVac helicopters to stop coming in.

He’s lying there, listening to the enemy machine guns, and knows that he is not getting out. His family is half way around the world and will never see him again. Then, over the machine gun blasts, he hears the sound of a helicopter, and looks up to see an Unarmed Huey. It doesn’t seem real because there were no MediVac markings are on it. It’s flying directly into the machine gun fire.

Ed Freeman is coming for him. Ed is not MediVac, who were ordered to leave. It’s not his job, but Ed is coming anyway. Ed drops the Huey in, and sits there in the machine gun fire, as 3 soldiers are loaded on board. Then, he flies them up and out to the doctors and nurses. Ed kept coming back, 13 more times, taking the 19-year-old kid and 30 other soldiers out, who would have been slaughtered.

Medal of Honor recipient, Ed Freeman, died on June 25th, 2009 at age 80, in Boise ID. Ed is a Hero, deserving monumental admiration. But we didn’t hear a word about Ed’s death, or life.

However, reporters wrote 24/7 breathless homage when Michael Jackson died. By comparison, Michael Jackson seems small and silly – a hologram of hoopla. In the end, the icon of fame and fortune is reduced to vacuous vanity and the remnant of glitter.

Ed Freeman rests in the palm of God’s hand, in the hearts of the families whose loved ones he saved, and in the souls of those in which virtue matters. Ed Freeman loved others, as God had loved him. Ed cherished values that the Secular Culture and Media cannot imagine.

It would serve us well to celebrate the sacrifice of the 75th Anniversary of D-Day, and the courage of Ed Freeman 50 years ago.

Be a Hero. Your sacrifice will make a difference to someone, today.