Guidance from the Greatest Generation 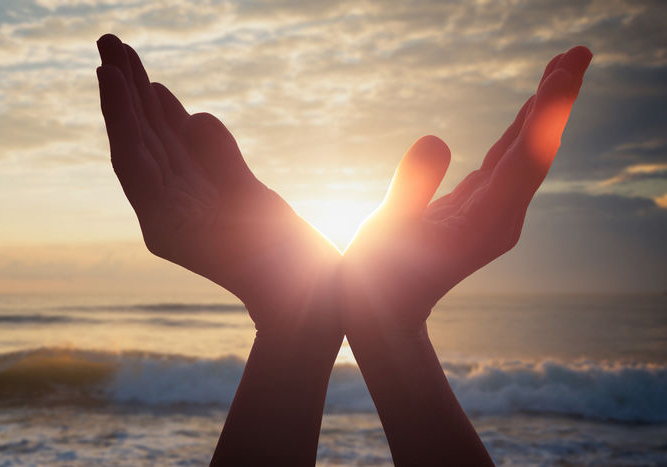 My Friend’s Father-in-Law was a member of the “Greatest Generation. He served as a navigator on a bomber plane in WWII. After the war, he graduated from Northwestern University, and worked his way up from a salesman to Executive Vice president and Treasurer of the town’s 3rd largest employer. He married and helped his wife raise three children who all graduated from college.

One of his proudest moments was in 1971, announcing his daughter’s engagement at the company’s Christmas party. His darkest hour happened only ten days later. A stranger walked into his office and asked, “Are you Ed?” “Yes”, he replied. The stranger then said, “You’re Fired.” Ed was stunned. While Ed was still reeling in disbelief, the stranger said, “I we won’t need to have a guard watch you pack up your things. Just leave before noon”, then he turned, and left.

That whole episode seemed surreal. Dazed, Ed sat in his chair, wondering, “What just happened?” He collected himself and called his closest friend in the company. Before Ed said anything, his friend said that he was fired and given until noon to get out. Those two friends called other company executives and Division Managers, and learned that a version of that same story happened to all of them as well.

The recent company buy-out (caused by the death of the company’s founder) was partially being financed by the funded pension accounts of long-term executives and Division Managers. Those funds totaled over five million dollars. The much larger purchasing company also had sufficient managers to replace the fired employees, at lower salaries. (Then, pension benefits didn’t vest until after 30 years of service. (Congress changed the vesting period to 5 years, because of this Draconian acquisition abuse.) Too late to save Ed.

So, Ed lost $400,000 dollars of his pension funds, an additional $500,000 in his company Whole Life Insurance Policy, and his annual salary of $75,000. (Adjusted in today’s dollars, Ed’s loss would be 5 times those amounts.) Ed lost his entire financial life, in a blink of an eye.

The joy of his daughter’s wedding evaporated into the burden of overwhelming expense. Yet, Ed straightened his shoulders, stiffened is lip, and treated “Disaster” with the same grace and elan as he treated “Triumph”. (Kipling would have been proud.)

Ed found a well-paying job that provided a wonderful wedding, allowed his 2 sons to get their college degrees, and allowed his wife to stay in her home. A remarkable recovery from circumstances that would have buckled the knees of the strongest man. (Men had jumped off buildings after losing far less.)

But even Ed’s resolve couldn’t navigate around the inevitable outcome of his doctor’s diagnosis: “Ed, you need heart surgery, and aggressive treatment for the large cancerous tumor found on top of your heart.” Yet, Ed’s reaction to that devastating medical news and painful treatments was the same as dealing with the flak exploding all around his plane during WWII, the egregious theft of his earned retirement funds, and career challenges since bring fired.

It’s been decades since Ed’s passing, but his legacy of courage and grace under pressure served as a font of wisdom and guidance for my friend, when he met the inevitable “slings and arrows of outrageous fortune.” Ed now rests in the palm of God’s hand, and his spirit lives in the hearts of the lives that he touched.

Ed’s life personifies the “Guidance of the Greatest Generation”: