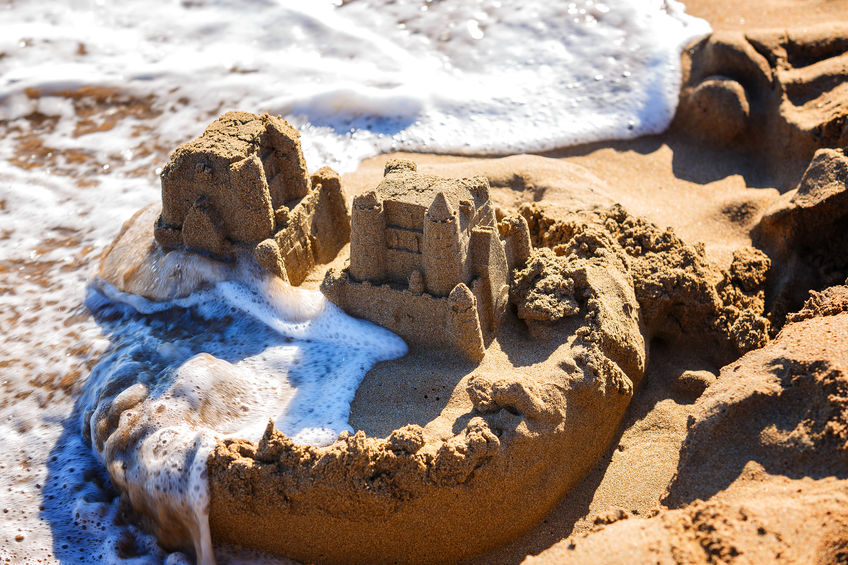 My friend and his friend met for coffee at Panera. (They both like Hazelnut coffee.) They talk about all kinds of stuff – family, jobs, sports, politics, religion, etc. His friend said that his daughter just graduated from college and moved into a small apartment. When asked whether she needed anything, the daughter said, “I have enough.” What she moved from her college dorm and from home was enough.

The word “enough” clanged hard in my friend’s head. That sound was rare and foreign. Today’s culture is weaned on Madison Avenue’s relentless feeding that we never have enough. We always need plus-one, more than what we have. If not for need, at least to impress our neighbors and friends.

Our possessions define us. Our personal value is determined by what we own. “The one with the most toys wins.” The loss of possessions is used to explain depression and suicide. Today’s culture doesn’t comprehend, “Esse quam videri” – “to be, rather than to appear.” Essence over appearance.

It is self-evident, that worth, based on transient things, is like the sand castle subject to the ebb and flow of the tides. And piling up more sand castles only ends with more cartographic outcomes. Possessions, like fame, are not the solutions they are promised to be. They are illusions.

“Fortune & Fame are Not the Solutions they Promise To Be. They are Illusions.”

Fame is a hologram of happiness. When the conquering hero returned to Rome, he rode in single chariot, so that all the attention was focused on him. Only his servant was with him. The servant stood behind him, whispering in his ear, “Sic transient Gloria.” – “Fame is fleeting.”

Genuine personal worth is defined by intrinsic value. The immutable truth is that we were made in the image and likeness of God. And that God so loved the world that he sent his only Son, so that all who believe in Him will have eternal life. That rock-solid reality requires us to love God, and others, as God has loved us. Hence, the daughter can say, “I have enough.”

She only needs enough stuff to live. As Winston Churchill astutely observed, “We make a living by what we get. We make a life by what we give.” That daughter’s focus is on what she can give – how she can “Make even one life breathe easier, because she has lived” – fulfilling Emerson’s verse about “Success”.

May the Above YouTube Music Video “The Prayer”, Be Our Prayer

Madison Avenue’s mantra of “What’s in it for me?” rings hollow by comparison. Perhaps our culture will eventually benefit from the exponential power of that daughter’s “Pay-It-Forward” – “Asking nothing in return” wisdom. That friend’s daughter is wise beyond her years. My friend weeps for those who aren’t.

Perhaps, some day, some will realize that relying on popularity & external things make us so fragile and needy. Instead, a rock-solid foundation of value built upon the immutable truth that we are”Children of God and Heirs to Heaven” makes us confident. Confident of that no one and nothing can hurt us.