“The Thrill of Victory & The Agony of Defeat”

My friend’s 8-year old son, Tom, was a good athlete. Tom’s introduction to hardball-baseball was to play on the Worst Little League Team, in recorded history: The “Padres”. (By comparison, the “Bad News Bears” resembled the 1 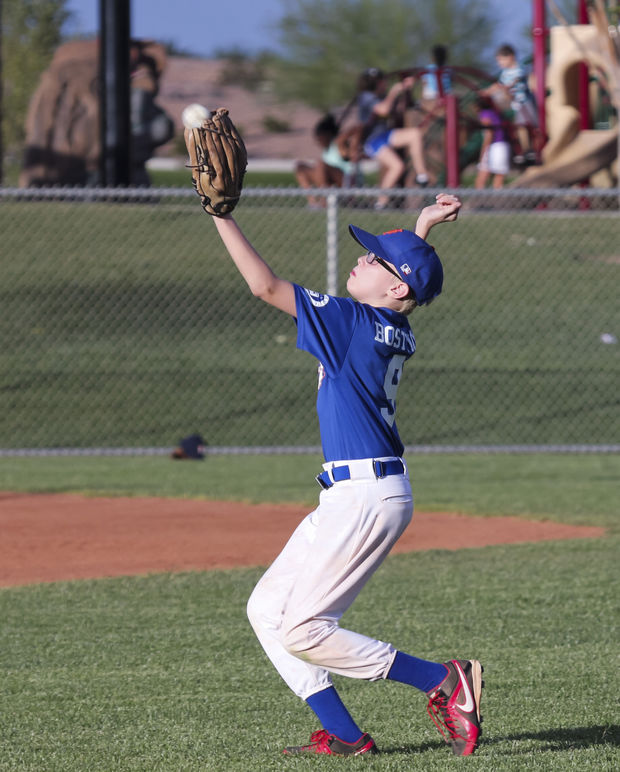 927 Yankees.) The Padres had 3 good players: Tom, the Coach’s 8-year old son, Dustin, and a 9-year old, Scott, who was the best pitcher in the league and could hit. The rest of the Padre players could not throw, catch, or hit the ball. That’s an understatement.

“Hitting Practice” was similar to the Throwing/Catching practice drill. The Coach would throw soft pitches over the plate. Tom, Dustin, and Scott would smack them into the outfield. Some Padres would stand at the plate, in a catatonic state, barely able to hold the bat, hoping Not to get hit by the pitch, praying for their turn to end. Other Padres, would swing violently, turning in a corkscrew fashion, until they fell down.

The results of both practice drills occurred despite the coach’s detailed instructions, “individual custom tips”, and relentless encouragement to each Padre.

During the first half of the season, the game score would be Zero to Zero, for the first 3 innings The Padres could not score a run, and the opponents could not hit, Scott, the pitcher. Unfortunately for the Padres, a pitcher could only pitch 3 innings. None of the other 9-year old Padres could throw a “Strike”. Fortunately, the League had a 10-run per inning “Mercy Rule”. So, the 4th, 5th, & 6th innings consisted of Padre pitchers throwing 13 walks per inning, resulting in 10 runs per inning. So, he  Final Scores were 30 to 2 or 3 (the Padre runs coming from hits by Tom, Dustin, and Scott.)

At mid-season, the coach asked my friend to be his assistant. My friend made 2 changes to each practice drill: NO Padre could leave practice until he successfully could Throw & Catch the ball – ONE time, and successfully Hit ONE pitched ball.

Initially, the parents were enraged. Fuming & swearing that they had to wait, sometimes for an hour after the scheduled practice ended. My friend suggested that each father play “Catch” with his son every day, in the backyard. for a half hour. And for another half hour, the father should pitch a ball to his son to practice “Hitting”. Later, mothers told my friend that the “backyard sessions” gradually extended to nightfall.

Weekends were spent with fathers, sons, and their friends playing “pick-up” baseball games at local parks, from mid-morning to late afternoon. Something magical was happening to the Padres. In just a few weeks, they were becoming baseball players, and bonding as a team. More importantly, was the bonding between fathers & sons.

Nobody noticed that the Padres lost their last 3 games of the season by scores of: 11 to 4, 9 to 5, and 7 to 6, (except the Padres & their parents). The improvement was the result of the above-mentioned daily practice, and a change in the pitching rotation. Scott still pitched the first 3 innings, resulting in Zero runs. Then, Dustin, a “Lefty” pitched the 4th and part of the 5th inning. Then, Tom pitched the rest of the 5th and all of the 6th inning.

The fielding vastly improved, with the Padres catching balls and throwing accurately to the proper base. The run production improved, as the coach alternated the better Padre hitters between Dustin, Tom, and Scott. All the Padres practiced their hitting to move up in the line-up. That line-up “Badge-of-Honor” position encouraged fathers to help their sons with hitting techniques with more practice, practice, practice.

The vast improvement of the Padres, as individuals and as a team, was sufficient reward for all the effort by everyone. The “Playoffs” were like “March Madness” – the Winner of the Playoff game would advance to the next game, while the Loser went home. The “Playoffs” ranked the Best team vs. the Worst team in “One & Done” fashion. And ranked all the other teams with better records against teams with worse records, accordingly.

The 1st Place Little League Team was comprised of the best athletes in their respective 4th & 5th Grades. They won all of their regular season games by at least 10 runs. So, when the coach of the 1st place team came over to shake hands with the Padres’ coach, before the first “Playoff” game, he said, “I’ll try to keep my boys from running up the score. There’s no sense to embarrass anyone.” The Padres’ coach said, “Thanks”, smiled, and walked away.

Anxiety morphed into Panic Attack, when the 1st Place batters were confused by the angle of the “Lefty’s” pitches. Apparently, Dustin was the only “Lefty” pitcher in the league. Frustrated & anxious, the 1st Place hitters sung desperately at pitches in the dirt, and stood stupefied at pitches going over the plate, for called strikes. The 4th inning ended with the Padres leading 4 to Zero. Perhaps, pigs would fly next.

The Padres added another run in the top of the 5th inning, but the 1st Place hitters calmed down and scored 2 runs against Dustin. Tom, a right-handed pitcher, came in to replace Dustin, and ended the inning with no more runs. The Padres wee winning 5 to 2, going into the 6th – and Last Inning.

The Padres didn’t score in the top of the 6th. Tom managed to get 2 outs between some shaky fielding and a couple of hits & walks, that allowed 2 more runs to score, reducing the Padres lead to 5 to 4. Euphoria returned to the bleachers of the 1st Place parents. There were runners on 2nd & 3rd, with the best batter in the League at the plate. A hit would surely score 2 more runs, and the 1st Place Team would win the game, 6 to 5. Sure enough, the batter didn’t waste any time. He hit the first pitch high & deep to Center Field.

The Padre coach had instructed his center fielder to play very deep. The ball seemed to float endlessly in the bright, blue sky. The center fielder first turned to his left, then to his right, before lurching forward, sticking his glove into the air. Lo & Behold. There was a “Snow-Cone” in the web of his glove (Baseball lingo for a ball half-in and half-out of a glove).    The ballpark went completely silent. Everyone was waiting to see if the ball would drop out of his glove. IT DIDN’T.

After a decade, the scars of the agony of that defeat did not heal.

My friend was seated at a table with other parents, at a High School Awards Ceremony, honoring the student-athlete with the best “Character Traits”.

All the parents were strangers to one another. As they introduced themselves, each parent would relate why they were there. Each would say something about their child’s High School athletic achievements and good virtues. It was all positive stuff.

Except, One Mother. She said that it didn’t matter what her son achieved in High School athletics. Nothing could make up for the agony of the defeat of his 1st Place Little League Team’s LOSS to the Pathetic Padres. When he was in 5th grade, her son made the last out, in a Play-off game to the worst team in the League. (My friend didn’t mention that his son was the pitcher for the Padres, during the last out.)

That mother never learned, “If you meet with Triumph or Disaster, treat those two imposters, just the same.”, along with the other valuable lesson my friend taught his son: “Sic transit Gloria.” – Fame is fleeting. Valuable Life-Lessons for ALL.

That mother never learned, that baseball, and all sports, are just games, TO HAVE FUN, as expressed in the song: “Roll Out the Barrel”.